Let's play ball! Grab some cracker jacks, a Ghirardelli Sundae, an order of garlic fries, and a Cha Cha Bowl because the 2014 MLB season has officially started and with a big bang! With a splash walk-off homerun, grand slam by a pitcher, spectacular fireworks show, almost inside-the-park-HR by the White Shark, you would think I was talking about a whole season of highlights, however these are just the highlights of opening week!

The boys in orange and black have shown great enthusiasm and one can only imagine what the rest of the season will be like! If you are not a season ticket holder, but want to go to a few games with some fun giveaways, here are a couple of my favorite ones:

But most importantly, going to the baseball game is not just watching men in uniform hit a ball, it’s more of an experience, which I feel can even be compared to a day in Disneyland. Once a year, The Giants put together an awesome experienced-filled day, where you can purchase tickets for the game, and separately pay $800 to have a family of 4 sleep on the field. All of us Giants’ fans would love to camp out in on the field of dreams, but not all of us have a grand to spend. So, if you want to save some money but still have an amazingly memorable baseball experience from sun up to sun down, boy do I have the best secret in the world to share… are you ready?

So, you have a special birthday coming up, a girls night out? Or maybe you want to give Dad the best Father’s Day gift ever, and you don’t have $800 extra to spend to have a sleepover on the field, well no need to fear, Personality is here! Did you know that there is a hotel, that is about a 20 minute flat walk away from the ballpark, and only steps away from the Powell Bart Station, that has a room designated for a baseball fan? Yep, it’s true, Personality Hotels has designed a Dugout Suite at Hotel Union Square with orange walls, Giants memorabilia and was god fathered by the MVP and Cy Young winner - Mr. Vida Blue himself! So why not purchase the tickets, bring over the pup, and the parents, and go to the game while staying in this amazing king sized bed junior suite that is dog friendly? Oh, and if that’s not enough, get ready to throw on some Art of Shaving product before heading out to cheer on the Giants. 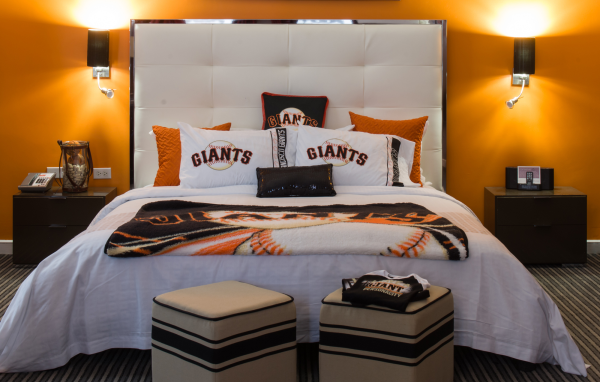 Dream come true, you know it, because we do nothing but dream for you! 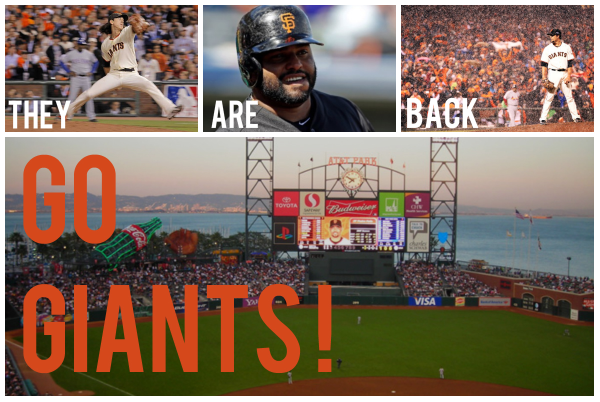 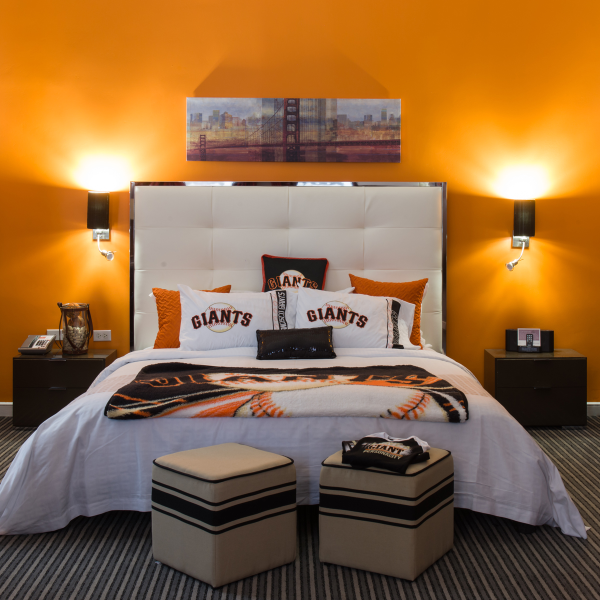 How to Get World Series Ready

So what happens after you win Game 7, the rain stops and reality sets in?

First you celebrate. Then you get World Series ready. Lucky for the SF Giants, this is merely a GIANT case of deja vu. Remember 2010?

This blog will give you the ins and outs on: How to get World Series Ready. 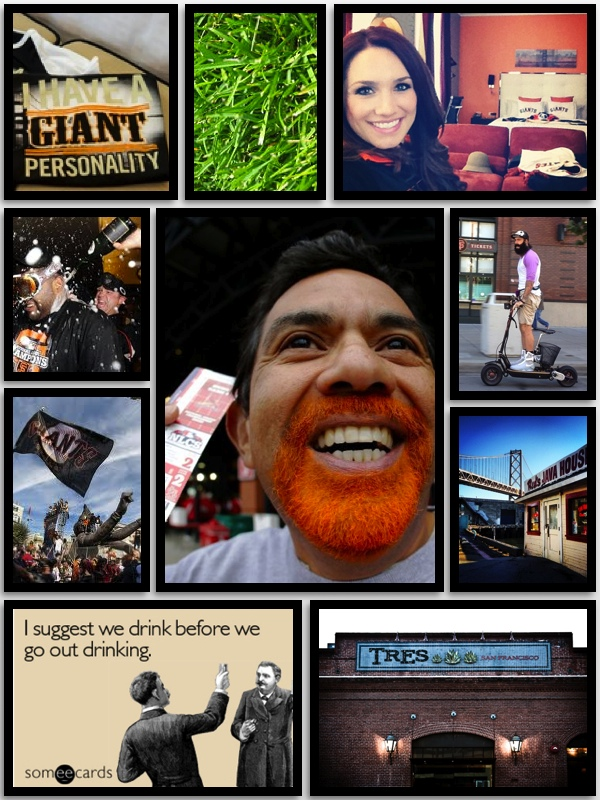 1. Get Tickets to the World Series in San Francisco.

This task is easier said than done. San Francisco Giants fans are willing to go to GIANT lengths to get their hands on World Series tickets. According to the Mercury News, "They're willing to go on hunger strikes, drive across the state or even paint your house to get into AT&T Park." Great idea! You could dye your beard like that guy. We aren't a 100% sure this would increase your chances but look how happy he looks!

*Didn’t get tickets to the World Series? Then skip to Steps 4 & 5 and then repeat!

2. Find a Place to Stay in San Francisco.

We suggest staying at Hotel Union Square in the Dugout Suite. Our spacious corner suite features "Fear the Beard" window shades, a king size bed set up that you are sure to strike it rich in and a basket full of baseball treats with cracker jacks, peanuts, bubble gum & more.

This Suite is all things Orange & Black and is perfect for pre-game fun or to relax and keep the spirit going all night long! Plus transportation from Union Square to AT&T Park is a breeze with a special Metro Ballpark Service which operates on game days only, starting about 2 hours before games, at Embarcadero Station and continuing to the ballpark. These trains have their destination listed as "Mission Bay" or "Caltrain". Any train to Mission Bay, Caltrain or Sunnydale will take you to the ballpark.

Tickets. Check! Warm bed. Check! But what to wear?

You aren't World Series ready unless you are dressed to win. Forgot your SF Giants gear at home? Don't worry, Personality Hotels got your back, literally! Get a "Giant Personality" T-shirt from the front desk for $25.

Or if post-season gear is more your thing, check out the Dugout Store. To avoid crowds, we suggest going to the Giants Dugout store at Union Square on 337 Geary Street (next to Lefty O'Doul's).

Pre-gaming can be defined as consuming alcohol in smaller amounts before a bigger drinking event with the intention of easing yourself into a night to remember or to forget depending on your drink of choice. This is where we strongly recommend that you refer to step 2 in this "How to Get World Series Ready" blog. Now you're game ready!

5. To the After Party and Beyond!

After the game, you'll want to keep the party going and everybody knows that SF Giants fans know how to party! But just in case you are a little rusty or you're new to the city, we have you covered. Want to feel like the MVP of your friends, then choose Tres Agaves, though we must warn you that they have every tequila option known to man and side effects may include table dancing, and an all night long desire to sing, "Don't Stop Believing" karaoke style!

Now that's How to Get World Series Ready!

Perfect pitch + Perfect game = A perfect start to your weekend. 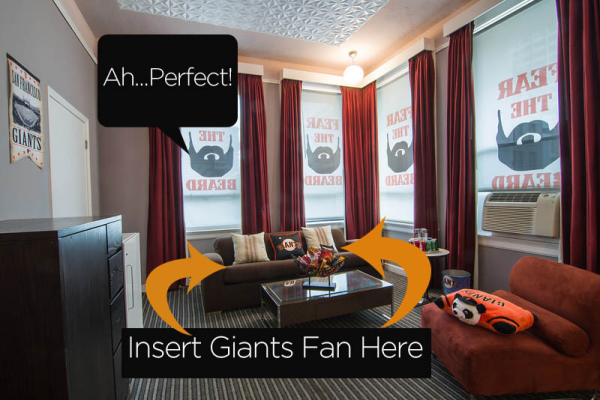 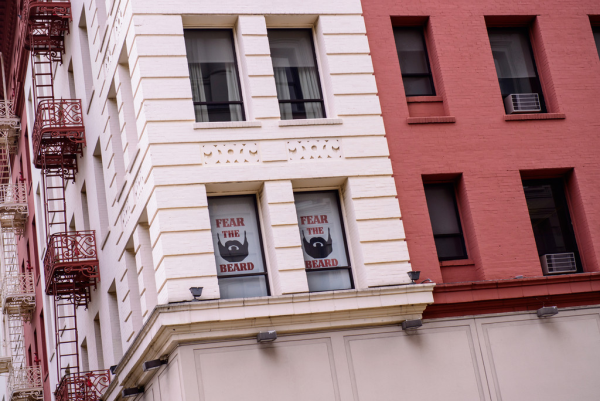 Now time for our Perfect Pitch:

Our spacious corner suite features "Fear the Beard" window shades, a king size bed set up that you are sure to strike it rich in and a basket full of baseball treats with cracker jacks, peanuts, bubble gum & more.

This Suite will have you "root, root, rooting for the home team!" Our Dugout Suite can be the perfect pitch to any Giants fans looking for an excuse to extend that perfect game celebration all weekend long!

Guests of the Dugout Suite will be treated to four complimentary tickets to a tour of award-winning Anchor Brewing Company, a San Francisco original since 1896 as well as a few extra goodies.

Again congratulations to Matt Cain the 1st Giants pitcher to pitch a perfect game in Giants history since 1883!

We clink our frothy Anchor Stream beers in honor of you. Cheers Matt Cain!

*Please note that the word perfect was perfectly used a total of 11 times in this blog.