Not many people can say they were alive to see the birth of the San Francisco Golden Gate Bridge. But imagine, if you could interview someone that was there. A picture may be worth a 1000 words but a first hand interview is priceless. 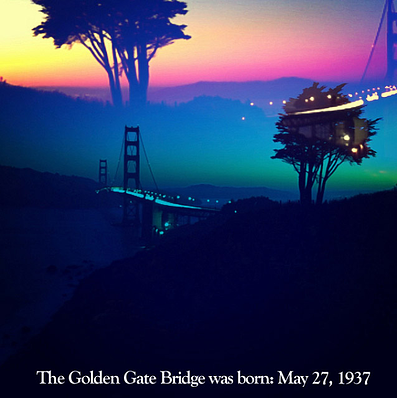 What was your favorite memory of the Golden Gate Bridge?


On May 27th, 1937, I walked accross the Golden Gate Bridge wearing a Mexican sombrero. I was going north toward Marin County and walking back toward San Francisco.  But, why the sombrero you may ask? Simply, because everyone was wearing different costumes and all I owned was a sombrero. I didn’t go out & buy a new outfit or costumes like everyone does now; I used what I had. A sombrero.

What do you remember most during the time the bridge was built?


As the construction crews were close to the finishing the Golden Gate Bridge, I rode my bike to see the final stages. I knew, I was going to walk this unbelievable monument no matter what! Even, if I had to play hooky from work. I did end up calling in sick that day. Best day I spend sick I ever had! 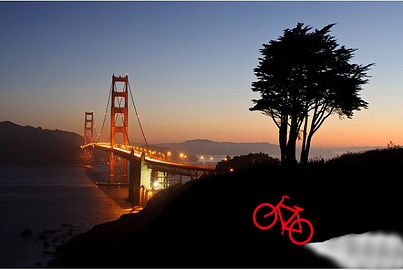 What was it like to be part of such a historical structure being built in your community?

It was unbelievable, I asked myself how could they construct this to fit within a single span?

Did you go to the "grand opening" of the bridge?

Yes & I walked it alone. I was 19 year old. My family did not want to go, so I went by myself. I remember that it was a beautiful day with lots of people. They were just walking back & forth across the Golden Gate Bridge. There were no vendors. It felt like it was just me and the Golden Gate Bridge enjoying each others company. 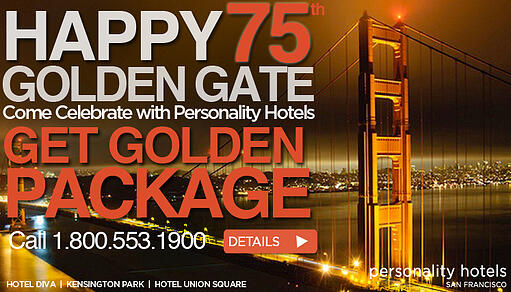 
Our "GET GOLDEN" Package: